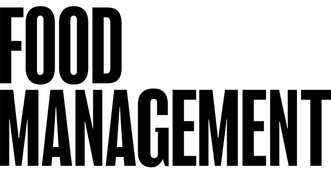 Big Changes in the Big Apple


David Berkowitz is a born and bred New Yorker. It permeates everything about him and his job, beginning with the view from his office window (it looks out to the elegant skyline framework of the Queensboro bridge) to the framed photos on his walls (historical pictures of Washington Square Park, the Flat Iron building, a 1920s cityscape of the Columbus Circle area) to his voice, which still carries the distinctive accent of someone who grew up in Brooklyn's Bensonhurst neighborhood.

Indeed, Berkowitz' first impressions of school food were formed at PS 212, Seth Low Junior and Lafayette High Schools—impressions that were not all that favorable, something he admits but doesn't dwell on today.

As executive director of New York City Department of Education's Office of School Food & Nutrition Services, he's in a position to offer today's kids a much improved school food experience. With more than 1400 schools serving 850,000 meals a day, it is the largest K-12 foodservice operation in the country and the second largest institutional purchaser of food after the armed forces.

Berkowitz was hired to run the department—now renamed SchoolFood—in the fall of 2003, a move the Board of Education made after recommendations from a consulting group it had hired to help it re-engineer and streamline operations across the city. New York's Mayor Michael Bloomburg had been pushing the need for a private sector approach to managing the city's operations and School Chancellor Joel Klein was looking to apply that philosophy to the public school system.

The consultants had also recommended that the district hire an executive chef, a position that was filled shortly after Berkowitz arrived by Jorge Collazo, a CIA-trained veteran of the high-end commercial and contract managed B&I worlds.

"They and Martin Oestreicher, our chief executive for the office of school support services, recognized that foodservice plays a key role in supporting education and wanted to bring some of the best practices from the private sector—the contract management companies—to the department, while maintaining self operation."

Berkowitz, a 25-year Aramark veteran, had held executive positions overseeing operations in several foodservice segments and was hired to fulfill that mandate.

"An improved culinary approach was an important part of the strategy we needed to take," he says today. "That includes not only how we work with our cooks and staff but how we work with manufacturers on nutritional specifications. We also needed an enhanced marketing approach to minimize the institutional stigma associated with school meals. 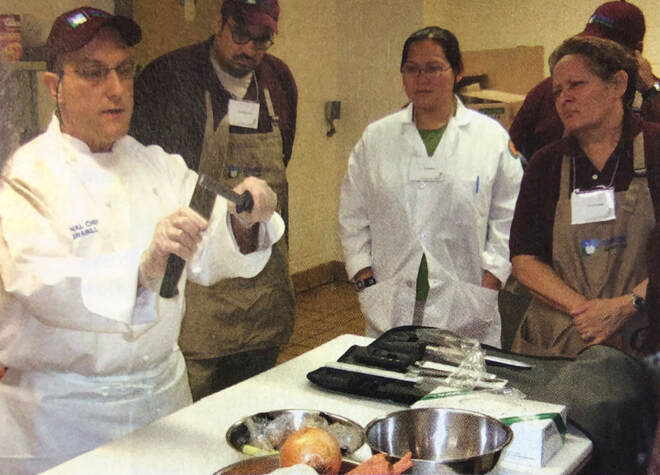 SchoolFood Chef Sid Grabill leads a knife demonstration for chefs and managers during cafeteria training.
A Broader Approach to Standardization
"One of my personal goals was a broader approach to the standardization of recipes that are used city-wide and how they are prepared. We wanted field guides for how our programs are operated, how our promotions are executed, how our food is presented. We wanted to run the department more like a business and for our foodservice managers to think of each school as a franchise, with its own budget and financial goals."

"In the larger sense, it goes beyond operations," he adds. "We have a social mission, and nutrition is at the core of what we do. Many students eat two and sometimes three meals a day in school. We serve thousands of meals in our summer feeding program through the city's schools, parks, pools and hundreds of community organizations. So lowering fat and sodium, increasing the consumption of vegetables and other similar goals are high on the list of things we want to accomplish."

Berkowitz says the board also saw a need for the department to improve its relationships with state and federal agencies, the other departments in the city and with the many advocacy groups that have an interest in the system's food and nutrition programs.
"These are typically people who really care about such issues," he says. "Working with them has always been a goal here, but our sense was that by doing so more effectively we would be able to bring more resources to bear in terms of achieving our goals. We want to be inclusive. If these groups are on your side, and you hit a bump in the road, they can help you get over it."

The department also faced daunting financial goals. Despite the economies of scale and procurement advantages inherent interstices,Ishihara costs contributed to a situation in which it operated in the red with a tax subsidy of about $75 million in 2001. Since then, that subsidy has been reduced to about $30 million. The eventual goal is to get foodservices to a break-even position.

"Our view was that more consistency in terms of benchmarks and productivity measurement would help contribute to the savings, and an enhanced menu with more variety, better quality food and more effective marketing would also help by building participation," Berkowitz adds.

Summed up, the challenges were similar to those that face school directors everywhere. The difference was primarily that they existed in the largest school district in the country, one with some of the oldest facilities and highest labor costs as well as one of the most politically visible nutrition programs. Change is always difficult, and in this case, change was sought on a truly massive scale. 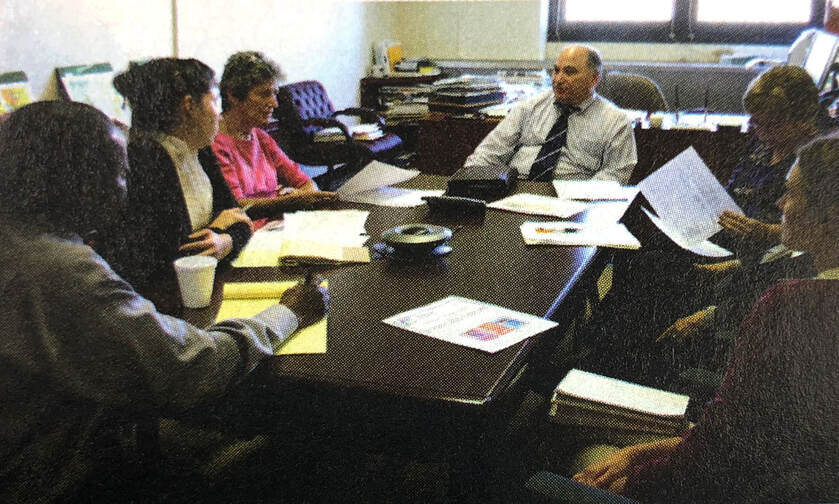 Executive Director David Berkowitz in a meeting with representatives from the Children’s Defense Fund.
The Role of the Chef
Berkowitz, Collazo and Director of Operations Dianne Frankel began to collaborate on how best to achieve these goals in a coordinated way. They agreed that changing the perception of the food in the minds of students, parents and teachers was a top priority.
"For one thing, it was a very institutional environment," Berkowitz says. "Our food was healthful, but not always merchandised well. Cafeteria ambiance needed to be improved with better decor and graphics. We needed a fresh approach to promoting our theme days and new, more contemporary programs like our salad and pasta bars."

The food was also inconsistent, an inevitable result when menu decisions were fragmented and cooking expertise varied widely.
"At first, I really questioned whether we needed to spend money on an executive chef," Frankel admits. "That was at atime when we had just put in borough-wide menus, and a group of us were going out into the field every Tuesday for five weeks to see how they were working out. Tuesday happened to be Sloppy Joe Day everywhere, so we had sloppy joes in every borough over those five weeks. And at the end of it I said, 'Yes, we need an executive chef!' There was no standardization. It was all over the board, and that was only one menu example."

Collazo led the effort to improve and standardize recipes, menus and production systems. Over the next year the department started a regional chef program, with one assigned to each of the five boroughs. They work both with cooks at the schools to implement the new menu programs and to help manage the standardization process. They also do quite a bit of teaching.

"A lot of what we do now is culinary training," Collazo says. "Most is technique-based—basic things like how to roast vegetables, how to defrost properly or how to batch-cook vegetables rather than cook them all at 9 o' clock for your lunch service time. We also do training on things like presentation—how to present a bagel bar, for example.

"We establish a curriculum and the regional coordinators tell us which courses they will need. It is limited, focused training with usually about a dozen people per class. The last time we held one, the chefs stayed in the designated location for several weeks and just rotated people through."

The impact has been seen not only in more culinary professionalism but also in the menu."The challenge now is to see that everybody understands why the changes we are making are important," Frankel adds.

Individual P&Ls
Frankel is in a good position to appreciate such needs. She oversees all day-to-day operations for the SchoolFood department, including coordination between headquarters and the regional coordinators in each borough,operational troubleshooting and emergency responses.
In terms of deliveries, "we used to have a distributor for each aggregate class—produce, frozen meat, dry, fresh meat," she says.
"But three years ago, the consultants recommended that we consolidate with one distributor. As it turned out, that didn't work—we went back to three and now we have four." Even then, she adds, the complexity of the system's delivery requirements favored specialists that were able to deal with those challenges effectively.

Efficiencies have been streamlined thanks to the introduction of an individual P&L system in which each regional coordinator is responsible for his or her own fiscals (the previous system, in which the central office paid the invoices run up by individual locations, were a contributor to the huge operating deficit Berkowitz faced when he arrived). A manager generally oversees three to five schools. They are in turn overseen by district supervisors who report up to the system's five regional coordinators.

"The P&L system has definitely focused awareness in the field about what each foodservice manager is spending for their school food and their other expenses," Frankel says. "The managers are responsible for the operations in their schools. Also, they now do their ordering online so supervisors can approve the orders, eliminating the paper-based system that existed previously." 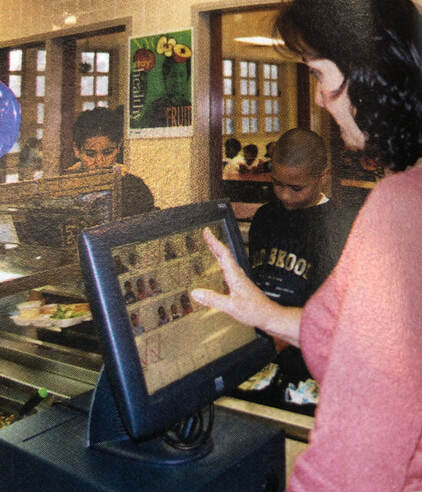 High Tech Future. A cashier checks through the lunch line at Intermediate School 145 in the Bronx using the new POS system that is now being tested.
Higher Nutrition Standards
The department had always maintained high nutritional standard, with many exceeding USDA guidelines.

Artificial colors and sweeteners were eliminated some years ago, as was meat taken mechanically from the bone. More recently, the district eliminated whole milk and now offers only 1 percent and skim milk options. Flavored milk other than skim chocolate have also been eliminated. It has shifted to all trans fat-free oil and trans fat-free french fries and last year began serving only whole wheat bread and rolls.
According to Paul Uffer, director of food technology, the department has very strict standards for the sodium and cholesterol content of meals, standards that often require manufacturers to re-formulate their products if they wish to sell them to the SchoolFood system.

Uffer, who also manages the department's commodity program and food safety initiatives, ticks off a variety of other requirements that have been put in place to ensure that nutritional and food safety standards are enforced.

"We require lab reports on all protein products before they are shipped to our distributors and we have our own inspectors who spot check inventory at distributor warehouses and in the schools, making sure stock is properly rotated and that all lot numbers and grade standards are correct."

On the operational side, another major initiative that is currently under way is an effort to standardize the staffing model used in the district's elementary schools. Historically, about one-third of them had been classified as "cooking schools," with more elaborate kitchens and larger production staffs.

"As menus and production methods have become standardized, that distinction no longer makes sense," Berkowitz says. "We want to equalize the basic operational model so that labor productivity can be uniformly benchmarked and compared fairly."

Berkowitz makes it clear that many of these changes are just part of a larger work-in-progress. He also acknowledges that increasing the lunch capture rate in the high and middle schools remains the biggest challenge, "even though that is where we can have the biggest impact."

But the results are coming in. Breakfast participation is up three million meals a year in the last three years, even though enrollment is slowly declining. Lunch participation is up one to three percent in the same period, depending on the grade level, and with high schools showing the greatest increase. Berkowitz credits the new programs and promotions.

"We have a great group of people here in headquarters and out in our schools. They are the key to the changes we are making to accomplish our goals." 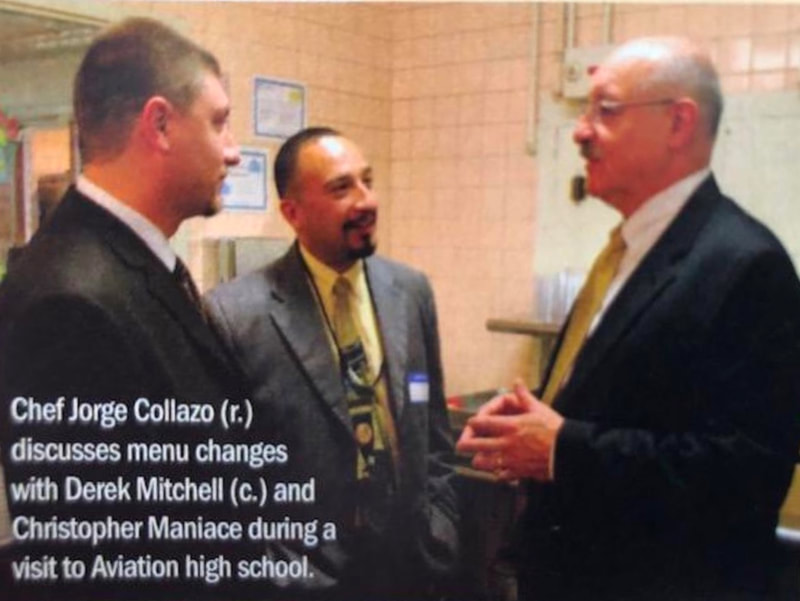 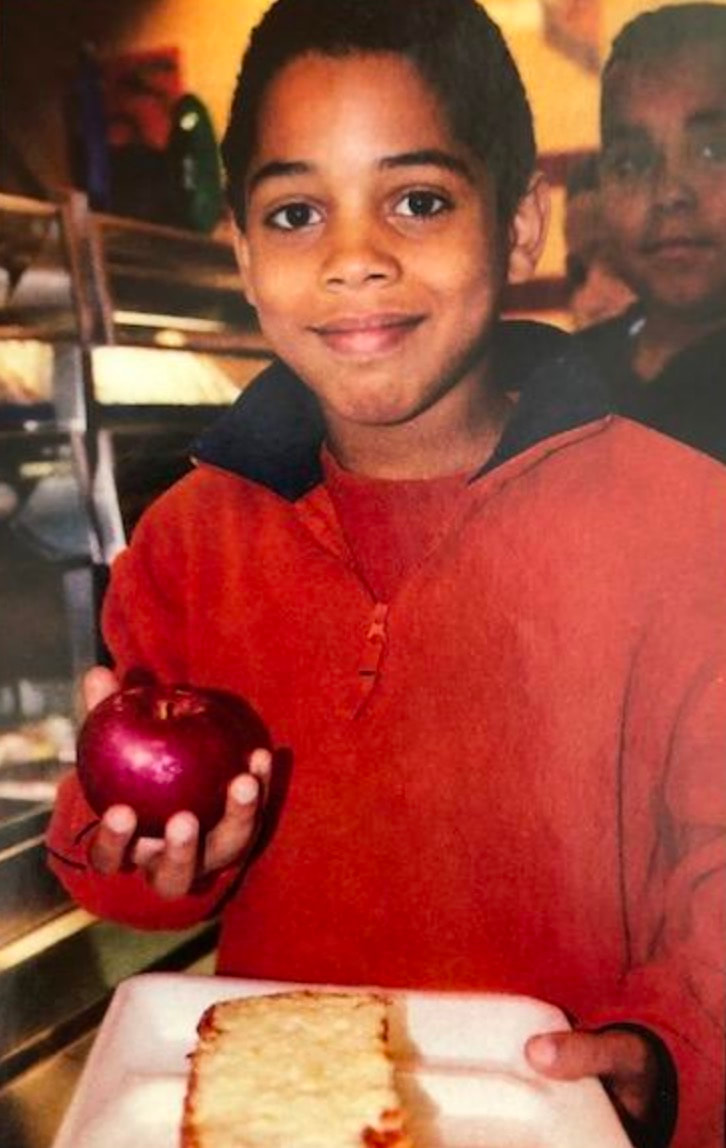 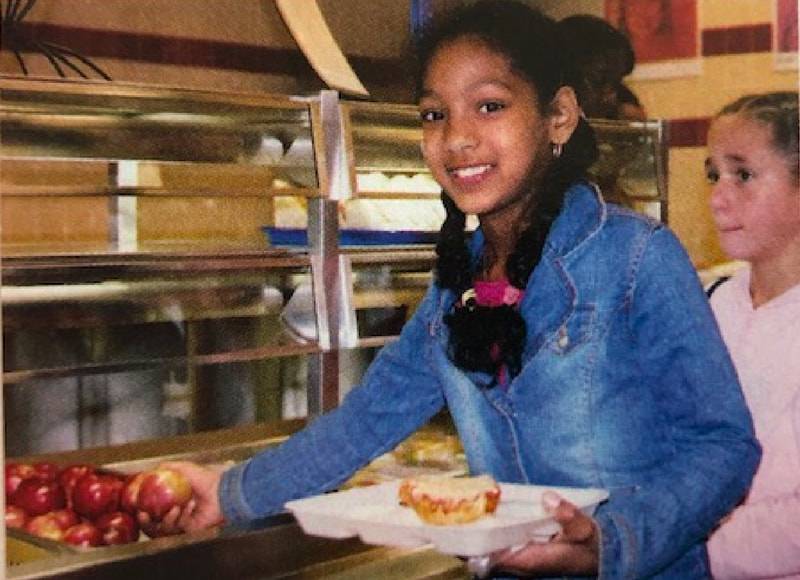 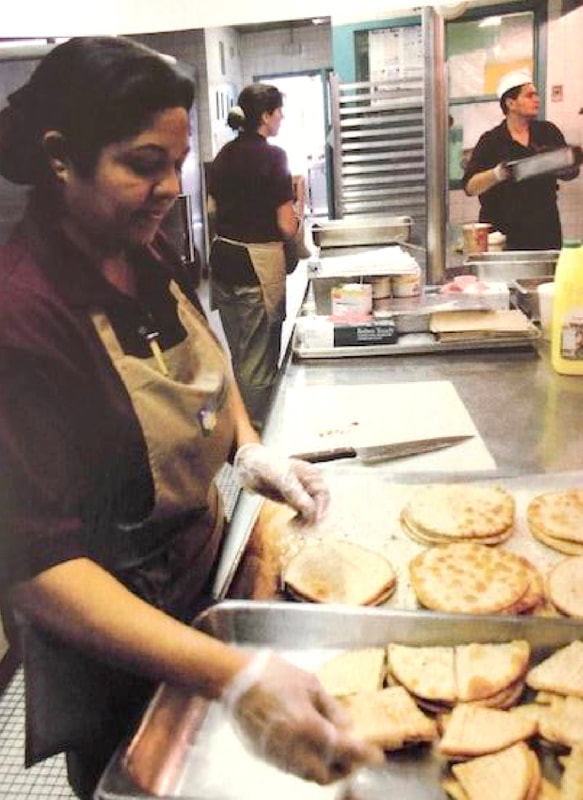 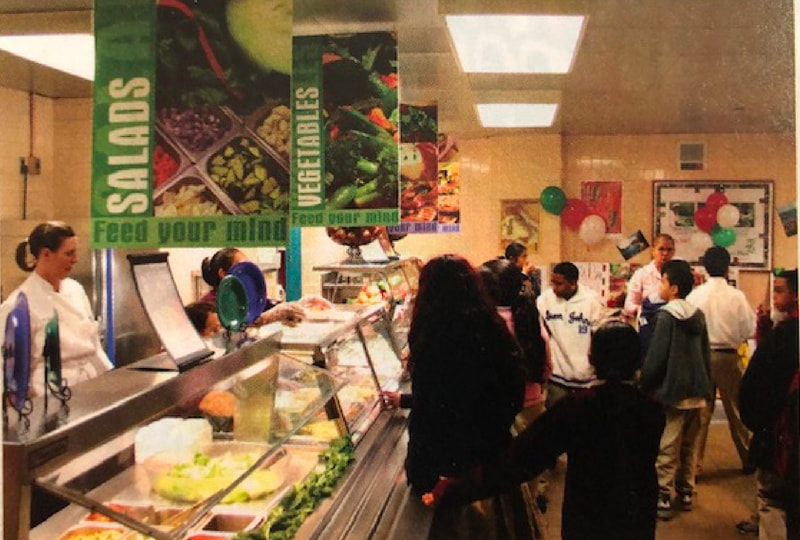